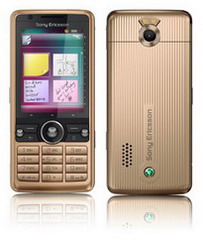 Sony Ericsson G900 - G700 Launched. Sony Ericsson launched a new generation of phone: Touchscreen organisers with a broad appeal. The G900 and G700 phones are essential tools designed to organise the lives of all those with busy schedules to juggle, both at home and at work. The new G-series from Sony Ericsson was launched at Mobile World Congress Barcelona as the Swedish-Japanese firm's "touchscreen organizer" offering. Sony Ericsson is touting this pair of handsets as a "personal organiser in-your-pocket keeps your contacts, calendars, notes, pictures and favourite Web sites all in one place and just a fingertip away." By which we presume that the Sony Ericsson G900 and G700 will be pulling PDA-duty for the smartphone set. 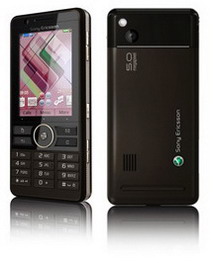 The SE G700 will be holding up the lower-end of this "organizer" duo. With a 3.2 megapixel camera, Bluetooth (A2DP), TrackID, FM radio with RDS, Opera web browser, text-input and calendar features, the G700 is definitely a capable handset (even if it is the "lighter" of the two handsets).

Which brings us to the Sony Ericsson G900. The SE G900 does everything its less-accomplished sibling is capable of doing, but bumps up the camera's pixel density to 5 megapixels and throws a bit of WiFi in the mix.

Both the G-series handsets from Sony Ericsson will be sporting tri-band (900/1800/1900Mhz) GSM/GPRS radios with European-flavored UMTS on the 2100Mhz band. Expect a Q2 2008 release with the G700 launching in Silk Bronze and the G900 launching in Dark Red and Dark Brown.

hi I need your recommend. Iave sony ericsson g700 and i LOVE samsung f480 i don't whether i change it or not?
I'm worried about battery charge standbye time.
wld u plz halp me