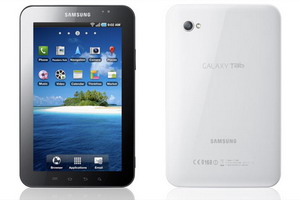 According to a report in The Korea Herald, Samsung confirmed it has sold more than 600,000 units of its Galaxy Tab tablets globally just a month after its launch. The tablet first debuted in mid-October in Italy and is now available in 30 countries worldwide including North America, Europe, and Asia. In its home country of Korea, about 30,000 units have been sold since its Nov. 14 launch through SK Telecom.