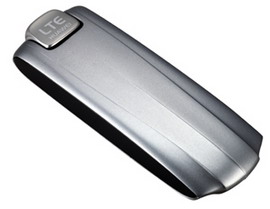 Huawei has commercially launched its E398 modem, the first triple-mode LTE modem that supports LTE, 3G, and 2G network access. At present, Huawei has delivered the E398 to several operators, including Net4Mobility in Sweden and Mobilkom Austria in Austria. The E398 is also expected to be made available in Norway, Denmark, and Germany next year.


"Huawei is fully committed to offering both operators and end-users the full benefits in the rapidly evolving field of mobile broadband. The E398 is indicative of Huawei's successful customer- innovation strategy to accelerate the commercialization of ultra high speed mobile broadband across the value chain," said Victor Xu, Chief Marketing Officer of Huawei Device. " Huawei was one of the first manufacturers in the industry to launch LTE data cards, and it is our aim to work together with operators to boost the commercial use of LTE so that consumers around the world can experience exceptional 4G internet surfing experiences."

Huawei's E398 was initially unveiled at the GSMA Mobile World Congress in February 2010, and the modem showcased outstanding download speed of 100 Mb/s. Employing evocative design cues that bring to mind a concept race car, the E398 enables a data transmission rate up to 20 times faster than that of existing 3G networks. At these speeds, it takes only a few seconds to finish downloading a 4GB high-definition movie using the E398 on an LTE network.

The E398 benefits from an LTE-Advanced architecture that enables seamlessly switching between the use of 2G, 3G, and LTE networks, giving users the flexibility of choosing the optimal network connection speed. Moreover, as LTE-based services continue to be rolled out, the modem will allow users to access LTE networks where they exist while maintaining a steady connection at all other times, switching to other standards (UMTS or GSM) when LTE is not available.