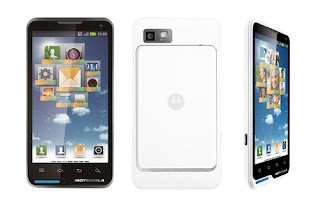 Motorola Mobility Hong Kong has announced a new stylish Android-based smartphone with "a large touch screen, sleek look and slim price" to be available in Hong Kong starting early 2012 at a suggested price of HK$2,698. The so called Motorola XT615 Android smartphone comes with the new Moto Switch UI (user interface) that learns who you talk to and which applications you use and keeps all of that information front and center.

Motorola XT615 will be available in two colors (licorice and ultra white) in Hong Kong starting early 2012 for a recommended retail price of HK$2,698.