Flappy Bird - How to Download-Install-Backup, Highscore Hack and Clones 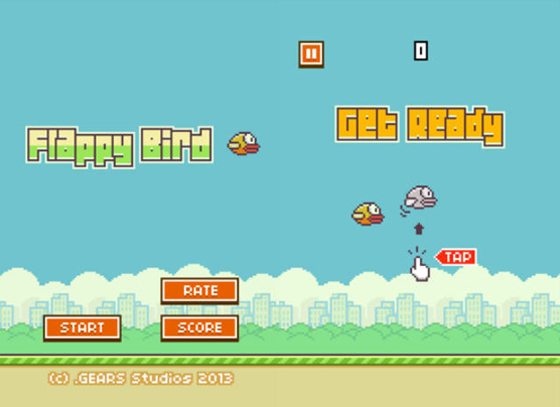 Flappy Bird, an ad-supported and free mobile game for Android and iOS created by Vietnamese developer Dong Nguyen, has been blowing up the media lately. The so called "Flappy Bird" popular game has been removed from both the Apple App Store and Google Play after its creator said he hates it for ruining his 'simple life.' Flappy Bird is gone. Is it most addictive game you've played lately? Since Flappy Bird is no longer available for download, and in case those of you searching for the how-tos for downloading or installing or backing up the original game, or you just want to have a Highscore Hack or might be interested in the Flappy Bird clones, go on reading this article.

Rest in Peace Flappy Bird, but WHY? Games developer Dong Nguyen on Twitter announced his decision to pull the plug on the addictive app, saying "I cannot take this anymore."  The surprising move shocked many Flappy Bird fans who were hoping the mobile game would be updated. Interestingly, according to a recent interview with The Verge, Dong Nguyen, Flappy Bird’s developer, is raking in an average of $50,000 a day from in-app advertising revenue. Mr Nguyen, who is based in Vietnam, said his decision was not related to legal issues, but that he "just cannot keep it anymore."

"The reason Flappy Bird is so popular is that it happens to be something different from mobile games today, and is a really good game to compete against each other," Nguyen says. "People in the same classroom can play and compete easily because [Flappy Bird] is simple to learn, but you need skill to get a high score."


"Flappy Bird was designed to play in a few minutes when you are relaxed. But it happened to become an addictive product. I think it has become a problem. To solve that problem, it’s best to take down Flappy Bird. It’s gone forever." – Dong Nguyen, Creator of Flappy Bird

How to download and install Flappy Bird on Android
As you probably already know, Android games and applications carry the filename .APK, and can be installed without the visiting the Google Play Store. You'll just need to manually install them.

step 1. Download the .APK of the Flappy Bird game
Here is a post from xda-developers user about "Flappy Bird .apk for Android" to visit.

You can also google search with keyword "Flappy Bird .apk" and get the file from other trusted website that uploaded the .apk for people to download. 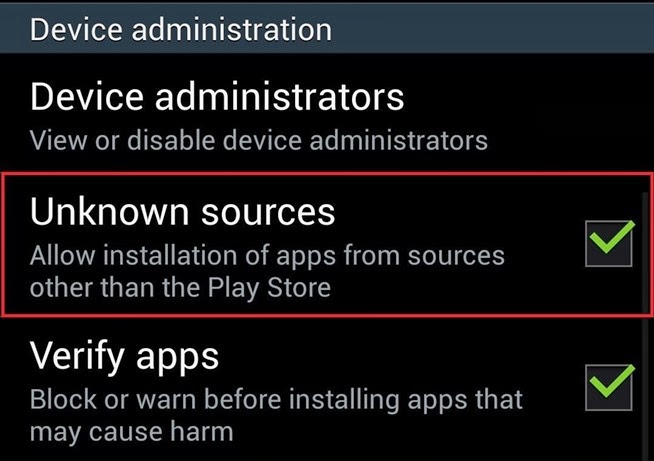 That 'Unknown Sources' box allows installation of apps from sources other than the play store.

step 4. Install the .APK file of Flappy Bird for Android
+ If you have already "File Manager" on your Android OS, then locate your Flappy Bird .apk file, and install the game
+ If you don't have a File Manager, go to Google Play and quick search it, there will be many similar apps, just find a good one. After that, you can locate the .apk file and install it.

step 5. Enjoy Flappy Bird for Android on your device! 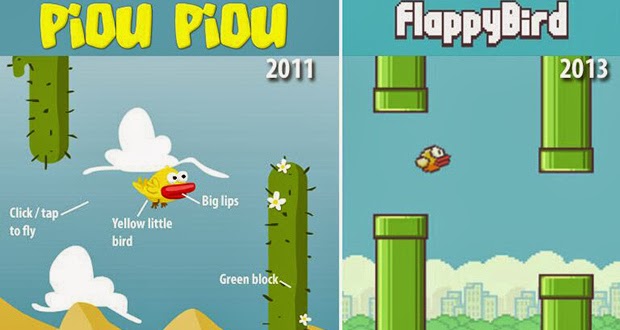 Is Flappy Bird a clone?
A technology editor with a passion for video games and technology, Patrick O'Rourke has recently published a post, he found that "Flappy Bird is actually a rip off of the Helicopter Game’s main gameplay mechanic". The game (Flappy Bird) "is almost a complete ripoff of a 2011 iOS game called Piou Piou vs. Cactus". "It also heavily borrows its sound effects from the Super Mario Bros. franchise." says Patrick. You can continue reading on the website there.

Flappy Bird and Clones
Interestingly, after the Flappy Bird is gone, there are many 'Flappy Bird' clones flooding the App Store and Google Play. A quick search for "flappy bird" in the App Store, for example, brings up names like Fly Birdie, Splashy Fish, City Bird, and Flying Flappy Unicorn Bird. Most of those mobile games are simply reskinned versions looking to clone Flappy Bird, letting you play the same exact game, only with characters like fish or a piece of poo in place of the bird.

In case you are lazy to install the "original" Flappy Bird game using the how-tos, and you're looking for a fun replacement for Flappy Bird, you can easily check out Happy Poo Flap for Android of Flappy Osama directly from the Google Play Store. 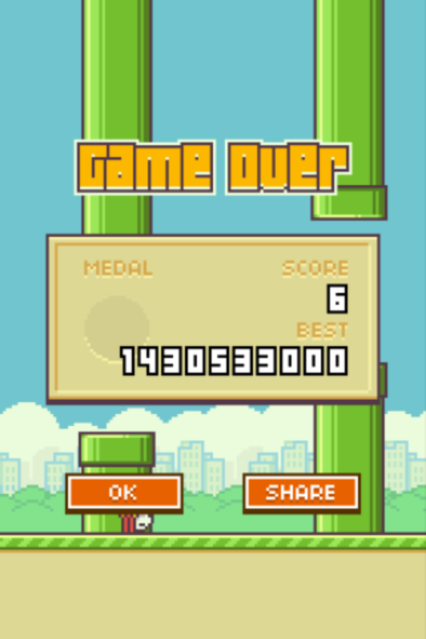 0 comments on "Flappy Bird - How to Download-Install-Backup, Highscore Hack and Clones"