Favor Delivery App comes to Fort Worth and San Marcos 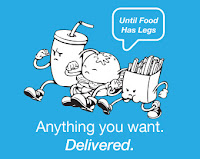 Favor, the mobile app that allows you to have anything you crave delivered, is extending its Texas stronghold to include Fort Worth and San Marcos. The app, which was developed by entrepreneurs and former pizza delivery guys, Zac Maurais and Ben Doherty, makes ordering your favorite food as simple as tapping a button.

Users can order lunch, coffee, groceries, and more through Favor, whose Runners arrange pick-ups from local merchants that don't already offer delivery service themselves. Order and have your fix in hand, at your home, office, or on campus within the hour. Favor in Fort Worth and San Marcos will cost a $5 fee plus 5% of the cost of the items.

Favor is now available in 12 cities. The Fort Worth and San Marcos openings comes fast on the heels of a recent international launch in Canada last week.

"Since launching in other Texas hubs like San Antonio, Dallas, and Houston we've seen the effect of our local network," says CEO and co-founder Ben Doherty. "Everyone has a friend in Fort Worth and San Marcos. Word of mouth is a huge driving force for Favor."

Favor has gained a significant consumer base in its more mature markets like Austin, where it first launched in June 2013. The company now employs over 50 full time employees and has over 3,000 part-time, tuxedo-t-shirt wearing runners across all of their current markets which include: Austin, Atlanta, Boston, Dallas, Denver, Houston, Miami, Nashville, San Antonio, Toronto -- and now Fort Worth and San Marcos.

The launch in Fort Worth means local favorites including Salsa Limon, Thailicious, Stir Crazy Bakery and Fred's Texas Cafe are now just a tap away. Favor Fort Worth will be open from 11 AM to 10 PM seven days a week, and will be available in Downtown, Magnolia, TCU, Tanglewood, West 7th/Cultural District, and many more. (http://favordelivery.com/map/fort-worth/).

In San Marcos, city favorites like Tap Room, Torchy's, Gumby's Pizza, and Root Cellar Cafe can be delivered to your doorstep. Favor San Marcos will cover Texas State campus all the way out to the outlets (http://favordelivery.com/map/san-marcos/). Favor in San Marcos will be open from 10 AM – 10 PM every day.

Users can earn Favor credit by spreading the word. Simply tap the "Free Favors" button inside the app to share a personal invite code.

Favor has raised $13M in Series A funding. Leading the round was S3 Ventures and the investment will enable the Austin-based startup to continue expanding aggressively and compete with established players in the delivery market.

About Favor
Favor is the easiest way to get anything you want in your city delivered. Founded in Austin in 2013, Favor has quickly scaled to 12 cities across the US and Canada. They partner with over a 3,000 tuxedo-t-shirt wearing runners across Austin, Atlanta, Boston, Dallas, Denver, Houston, Nashville, Miami, San Antonio, Toronto -- and now Fort Worth and San Marcos. By combining superior customer service with cutting-edge technology, Favor offers customers a simple solution to have anything delivered in under an hour -- food from your favorite restaurants, dry cleaning, clothing, groceries, and more.