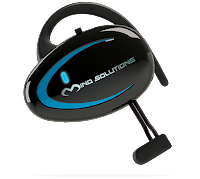 NeuroSync Received, Shipments Begin -- Mind Solutions, Inc. (OTC - VOIS), has received the completed units of NeuroSync from our manufacturer and has begun shipping to customers. The final product and packaging for the world's smallest brain-computer-interface ( BCI ) is extremely high quality and attractive. Priced at $129 retail, the Company believes NeuroSync will be a top-selling wearable electronic product for this coming holiday season.

The Company's online marketing firm has begun placing ads and will continue on sites such as Facebook and Google, as well as many other sites with high volume traffic. The results and analytics have proven to generate a very high rate of response from the initial test ads placed. The NeuroSync can be purchased online through www.Amazon.com as well as through www.TheNeuroSync.com .

NeuroSync is the world's smallest Brain-Computer-Interface (BCI ), which allows the user to control actions on smart phones and computers through the power of thought. Using a single dry sensor, the device is the most user-friendly on the market. Worn on the ear like a Bluetooth cellular device, NeuroSync receives electrical signals produced by the brain through the inner ear canal. These signals are then sent to the user's smart phone or computer to control up to 2 separate actions. There are approximately 100 Apps currently on the market that are compatible with NeuroSync. Mind Solutions plans to begin developing additional Apps for NeuroSync in the near future and create a Thought-Controlled Apps store to sell through.