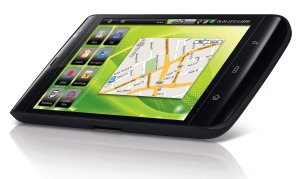 Dell has released plans for Streak, a 5-inch Android-based Tablet designed to provide people the best “on-the-go” entertainment, social connection, and navigation experience. Early this June the Dell Streak will be available across the UK at O2 stores, O2.co.uk, The Carphone Warehouse, and later in the month at Dell.co.uk. Pricing and data plans for the UK will be announced by O2 ahead of availability. Later this summer, Dell plans to make Streak available in the U.S.

MultiCellPhone | Published on Tuesday, May 25, 2010 in android, dell, tablets