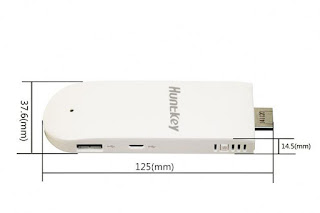 Huntkey Compute Stick is a new generation of ultra-slim devices that enables you to transform any HDMI display (TV/Monitors/other HDMI device) into a fully functional computer. It is a powerful mainframe, but looks like an U disk, and you can put it in your pocket.

Compared to traditional computer mainframes, Huntkey Compute Stick is more energy-saving, the cost is much lower, and it's very convenient for carry and use. It's miniature size, large capacity, and high performance make it very useful for application in schools, offices, digital signage, and countless other environments. "The Compute Stick is a great product, it makes desktop computers just as portable as mobile phones. I think it has a very promising future," said Mr. Mohammad, Huntkey's Iran distributor. 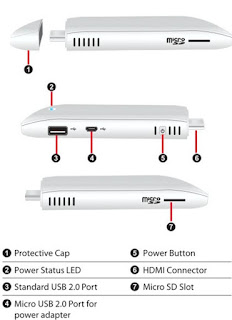 About Huntkey
Huntkey Enterprise Group, founded in 1995, is a professional provider that specializes in the development, design, manufacturing and marketing of power supplies. Huntkey's products include power supplies (1W~250KW), power systems, computer cases, universal notebook adapters, power banks, chargers, power supply converters, power strips, LED lights, and more. The industrial parks of Huntkey in Shenzhen, Heyuan and Hefei, which cover a total area of over 750,000 square meters, are now the largest IT manufacturing base in mainland China. Huntkey, with over 8,000 employees has set up its branch companies in Hong Kong and Japan. Its clients are found all over the world in more than 50 countries and regions, including Lenovo, DELL, Bestbuy, Exper, Vestel, Positivo, Durama, Unicoba, DSG, HCL, Carrefour, FPT, Siragon, Olidata, and others.