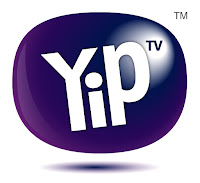 National Hispanic Heritage Month begins September 15 and lasts until October 15. Enacted by Congress and signed into federal law by President Reagan in 1988, National Hispanic Heritage Month annually observes the many contributions Hispanics and Latino Americans have made to the growth, vitality and culture of the U.S. and North America. It began as a week-long celebration in 1968, some 400 years after Spain established a presence in St. Augustine, Fla.

YipTV targets the more than 40 million foreign-born people living in the U.S. with TV programming to which they're accustomed in their home countries, including sports, entertainment, news, lifestyle, music and other TV channels not typically seen in the U.S. It's available for viewing on subscribers' smartphones and 17 of its channels are always free.

"At YipTV, we like to say we celebrate Hispanic Heritage all year round," said CEO Michael Tribolet. "That's because we very definitely cater to the varied interests of the millions of Spanish-speaking people living in this country who want to savor their rich cultural heritage."

Programs airing during Hispanic Heritage Month include:
YipTV, available over any type of wired or wireless broadband connection, is the first provider of personalized, low-cost TV content that eliminates the need for cable or satellite TV subscriptions.

The service uses Internet-based delivery technology to provide affordable access to its wide range of international channels at only $14.99 a month, with no credit card required at sign up, no long-term service commitments and no contracts.

Subscribers sign up for YipTV via the web at www.YipTV.com, then download apps for iOS or Android devices from the Apple AppStore or GooglePlay. In addition to Android- or iOS-enabled smart devices, YipTV also lets subscribers use a Smart TV, laptop or desktop computer. It also can be viewed on a traditional TV screen using an Apple TV™ or a Google Chromecast™ device.

About YipTV:
YipTV, Inc., is a privately held company with offices in West Palm Beach, Fla., and New Brunswick, N.J., that provides low-cost, live television channels, including domestic and international network content. Founded in 2012, YipTV is an Over the Top (OTT) television content provider that distributes over 70 channels and programs in multiple languages, letting subscribers watch YipTV on televisions, tablets, computers, smartphones and other Internet-enabled devices. YipTV sends video content via the public internet to broadband users, bypassing legacy cable systems and head end technology, and then passes that savings directly to the consumer. For more information, please visit https://www.yiptv.com/